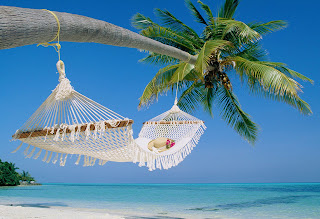 Thank goodness for vacations!!!  Chuck was fortunate enough to have some “use or lose” time on his hands and I couldn’t have asked for it at a better time.  We are not planning on going anywhere big during the time he has off (which is a first) but it’s nice to have him around to take care of Raegan while I am trying to blog and get a few other projects out of the way.  Which brings me to a few great updates….

The first project I need to get out of the way this week is my article for T.O.F.U. Magazine.  They are based in St. John’s, Newfoundland and they offer a great vegan magazine composed of many contributing writers from around the world and it seems that they are always looking for people to write about things going on in the vegan community-no matter how big or small that they seem.  Their magazine issues are on a “pay as you want” basis with a minimum purchase of $0 (therefore you can get it for free but I am encouraging all of those interested to donate a little something to help out a great cause!).  I think this would be a great opportunity to not only promote my blog, but to also show readers a side of veganism that often gets looked over.  Also, I can inform people that there is a vegan movement growing outside of the “college hipster” scene and into what most people consider the typical, traditional “All American Family” or those who are considered established in their careers.  I want to thank Ryan Patey, the editor of T.O.F.U. for giving me the inspiration to write about it 🙂

The next big project is to revive a website my husband and I founded nearly two years ago called C-ville Veg*n.  It kind of fell by the wayside mainly due to the fact that back then we both had hectic jobs and were just too tired to even post once a week.  And then with Raegan’s arrival, it just gave us more of an excuse to be even more lazy about it 🙁  My chief complaint was that it lacked real direction and I feel that this “revival” is going to fix that.  In my honest opinion, I feel that every successful website or blog out there needs to have a vision.  You don’t have to aim high, it can just be a small, simple purpose that means something to you and comes from the heart.  To me, C-Ville Veg*n needed to be kept in C-ville, hence the title.  Chuck and I made a deal that we would make more of an effort to try places off the beaten path in Charlottesville that would appeal to vegans.  Afterall, there’s only so many times you can hear about the same 5 veg-friendly places in Charlottesville until you feel like you are trapped.  I think for any vegan entering our town, this website could serve to be a great resource 🙂

On another topic, I have been cooking my way through the Engine 2 Diet book and I am confident to say that I probably tried more recipes than most of my friends who are taking the 28 Day Challenge with me right now.  I promise all of you that I will provide a run down of the recipes I have tried and give you my honest opinion on each of them once I am finished with the 28 days.  My “graduation” is on July 13th so that’s merely around the corner!

While on the topic of Engine 2, I have decided to share with you a recipe inspired by the book.  It all started when I was talking to Kristen, who is the Healthy Eating Specialist at our local Whole Foods Market, about the Blueberry Dumpster Cobbler recipe.  We both agreed that it was NOT pretty looking (OK-I referred to it as “puke” but please bear with me!) when you combine the ingredients together and the final result was a blueberry creation with a crust that seemed like there was something significant missing to truly call it a “cobbler“.  Overall it was a tasty dessert but something was definitely missing.  That conversation led to me to looking at the local peaches I had in my kitchen and the ideas I threw around with Kristen.  Needless to say, I truly believe that I invented a healthier Peach Cobbler!!!  I’m not sure if you ever watched the movie, Duece Bigalow: Male Gigolo, but in one scene Deuce is with one of his “clients” and they are playing a game of Trivial Pursuit that was based around “Cakes and Pies…Cakes and Pies!” and if there was one thing I learned from that scene is that Peach Cobbler is a pie that contains the most sugar out of all the varieties out there!  In this version I am about to share, there is only 3 Tablespoons of raw agave nectar which to me is saying a lot since is did turn out to be a pretty good cobbler 🙂  I wish I could have a picture to go along with this recipe but it was so good it didn’t last long enough for a photo session!!!

2 cups of chopped peaches (I left the fuzzy skins on to keep the peaches intact but I’m sure you can peel them if you wish and get the same effect…same goes with frozen!)

Preheat oven to 350°F.  Combine all the ingredients except the peaches in a medium sized bowl.  The batter will be very runny!  Pour the runny batter in a 9X9 non stick pan or a pan that has been lightly sprayed with oil and top with peaches.  Bake for 45 minutes or until browned.  A great option is to serve this with Rip’s Magic Banana Ice Cream which is NOT found in his book 🙂

Still keeping on the subject of cooking and cookbooks, last week I got an exciting email from Wendy Vigdor-Hess, RD.  She is from the Charlottesville area and has been a nutritionist, educator, speaker and consultant for nearly 18 years.  She just recently came out with her first book titled, Sweetness Without Sugar and I was offered by Wendy to cook my way through her book the same way I cooked my way through the Engine 2 Diet.  Sweetness Without Sugar is a cookbook/cooking resource that is not only sugar free but also free of other common allergens such as dairy, egg, wheat and soy (obviously all vegan!).  Now before anyone reads the term “sugar free”, I am in no way talking about using Splenda or any of those commercial artificial sweeteners…Wendy’s book replaces refined sugars with natural sweeteners and gives great alternatives to recreating your favorite desserts.  I have met Wendy at a few Vegan Meetup events for nearly two years and I can tell you, she is very passionate about total wellness.  Being offered this opportunity is so exciting that I have also decided to delegate Chuck into providing photography (it’s his new hobby and he has a serious camera to prove it!) for the sweet creations I plan to recreate from Wendy’s book.  You should expect this shortly after my Engine 2 Diet graduation.

Wrapping things up, I am pretty excited about the things I will be taking part in this summer and I haven’t even mentioned all of them!  Although this week is technically a vacation in our household, there is still so much work to be done and so many opportunities to share on my blog so… 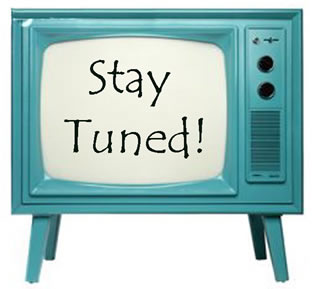