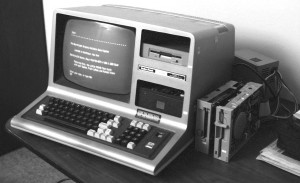 Blogging feels like an old shoe but when you actually get to your computer, it kinda feels like this…

No one will ever tell you that blogging is easy…Blogging with kids running around the house and destroying things makes things even more complicated.  Life gets distracting in my world and as a result, this blog has suffered.  It shocks me that the last time I posted was when I was going to Veganmania in Chicago as a guest speaker on vegan parenting.  While I had a lot of fun in Chicago and I would love to come back soon and hopefully do another Veganmania.  Maybe next time I can bring my whole family.  Speaking of whole family…Let me bring you up to speed on my life:

Click on the logo to meet “my other baby”

Since the launch of this site in December, Vegan Deals has reached nearly 900 “Likes” and counting on Facebook.  I did have to take a brief hiatus from this site to recover from giving birth.   But basically, Vegan Deals gives you a one stop shop to get vegan coupons, discounts, and our most popular are the free downloadable e-cookbooks and e-books.  I am hoping at some point to make couponing on our site even more easy by having a full page where all you do is click the coupons you want and print them right off our site like the bigger sites do.  I am far from a computer genius so any suggestions are welcome at this point!  But please keep my site on your radar if you like freebies and saving money!!!

For those of you who have been following my blog and have known me since I was a mom to only Raegan to eventually be a mom with Camille and now to Hollis, I am sure you are going to ask me if I will be having more kids.  The answer is that Hollis is going to be our last child.  Three kids was always the max for Chuck and I and needless to say, we are sticking by our word 😉  Life is crazy with three kids all under the age of four and I would be lying to you if I said I wasn’t stressed.  But at the end of the day, every day it gets better as I am finding my groove into this new way of living.

This post is already becoming a mile long but there’s a lot on the horizon and now for the first time ever, I FINALLY have established “hours of business” which helps make blogging an easier task.  For those who follow me and blog yourself, I am sure you know that problem all too well!  So please stay tuned and if you have any questions or an idea for an upcoming blog, please let me know in the comments below!